Everybody can write? Not really. At leastnot in the intensity  that really touches the reader. Hendrik Otremba is frontman and lyricist of the German post punk heroes MESSER but also a painter and cultural journalist. At Pop-Kultur 2016 he’ll not just present his debut novel “Über uns der Schaum”, but also host a course about writing lyrics in the course of our Nachwuchs program. Exclusively via Pop-Kultur Otremba has compiled his ideas about that subject. 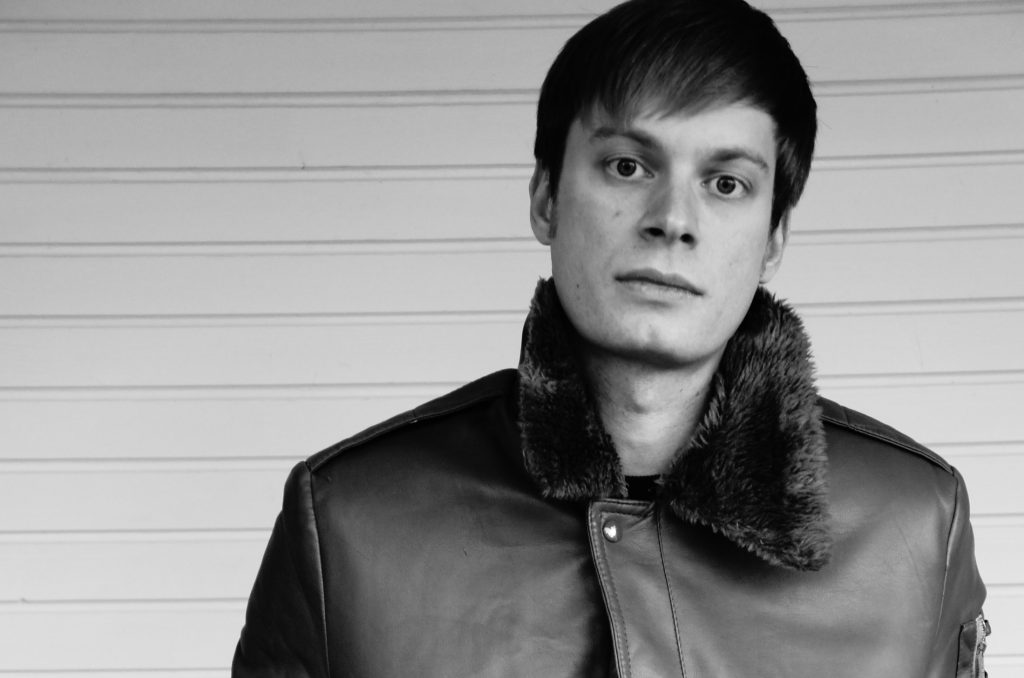 A text can suddenly be there. A text can take years of waiting. A text can develop in fragments or just appear completely. A text can serve a purpose or shut itself off to the world. A text can have a message or kill the author. A text can be waiting forever for you to write it. Or it’s you who’s waiting for something to turn into words. Apparently, the text doesn’t really exist. Anything can be text. Well, everything that can be read can thus be text – or: everything that creates significance. But what does that tell us about writing?

Nothing specific to begin with, apart from a myriad of possibilities to write – and I’m not even talking about the subjects. But this article is about a very particular form of writing, about poetry, about the writing of lyrics for pieces of music. Not in terms of a service, but as something that has to get out, that has to be written, that you have to write. How exactly does this find a form that is artful, one that gives back to you and others? To give something. For that, and here’s a huge disappointment, there is now recipe. Everybody writes differently and so this text can only be about my way of writing. But there are deliberations to be had, decisions to make, an awareness to be sharpened. Writing is most effective when you have understood which situations are best for you to write in. At the same time, you can’t know too much about your writing. That is a contradiction that cannot be narrated.

“It should hurt, otherwise, it doesn’t make sense”

Let’s play out one possibility: I wrote lyrics because there was a concrete occasion. That is possible and probably the case for many musicians. For such occasion-driven lyrics – I’m talking about social events, dying, systems, political assassinations etc. – you need a shock, at least I need it. I have to be so shocked, that I give up my security – the other (insecure) writing, that I’ll get to in a bit – and force myself to use the ink.

One should only sit down to write, when one feels indispensably prompted by circumstances that are not bearable or that carry you away.

That’s hard, as you would actually want to constantly write on against the whole world, against all the suffering, all the injustice, the pain, against the things that, in total, are so abstract, that the only thing making sense would be putting a scream on paper. But the more often you urge to do that, the more seldom should you do it. I plead for a household, that turns and flips, only allows sitting down when there is no other way when one feels – Caution! – forced to write by a higher power (???). The scream is supposed to be heard, that’s why its cacophonic sounds must be emitted clearly – and one should therefore really only decide to write decisively when there is no other way. I am convinced, that writing in this way only makes sense if one is concerned with the death of one’s own writing and when writing is something that is related to life and death. To put it another way (pardon my French): Do not just bust one out, do not write about a topic that has occupied you for some time, do not finally make a mark. It cannot feel like fulfillment, not like engagement, not like an attractive slogan. More like an unsolvable task. Then one will find words, but should, in turn, criticize these, should rethink them, grind them, beat them up, pep them up, sharpen them, turn them on time and again. Such texts actually have to be, really have to be, but they must not arise too often. Otherwise, they lose their power. If the ability for such writing lies within you, you should tame it and only let it out scarcely. It should hurt, otherwise, it doesn’t make sense. That’s why there are only a very few good protest songs. So, that’s the one thing.

But there is another form of writing, as worthy of protection as the one previously put into the light – that’s the other one. There surely are many more forms, but I want to talk about this one here. When you, as the writer, manage to outsmart yourself. When you manage to surrender yourself to the words. There’s no recipe for this one either. But it works a lot different than writing sitting down. Often fragmentary, at night, shortly after waking up, shortly after going to sleep, while being relaxed, while in ecstasy, in the meantime, with endless pauses in-between, on a train ride, with rediscovered notes, with sudden sentences in heads, in a pillow wet with tears. In short: a writing that you do not sit down for. It’s more of a form of writing that you kneel before. This kind of writing only calls for a whiff of an idea. A diffuse feeling. If you have a plan, you shouldn’t do it. You have to slowly figure out this way of writing, you have to learn to give in to it, learn to trust. Then, it will come to you. It’s the kind of writing you use a knife for, or scissors, slice things, so that they drift around somewhere, on their own. They begin to like themselves in their isolation. Numerous little particles that one forgets doesn’t take them seriously. If they’re worth it, they will come back, they’ll find each other, will crawl towards one another as if they’re pushed by a ghost, insects, fleeing from a giant’s warm breath, finally finding a breadcrumb.
You can observe, are barely part of the process, more of a marionette, performer.

The meanings that are created, don’t really need you anymore, even if they all but let you go. They are tied to you, become accessible to you later, make more sense than you ever thought they would.

When a text is done, you know it. It’s simply there. It has decided for itself to have taken form.

If it finished itself: that’s when it belongs to you, in the same moment, it only belongs to you and only to everybody else. This text obeys everyone in a different manner, evades everyone differently, everyone obeys its orders differently. A few verses enable worlds to coexist, that exclude each other.

If you have allowed yourself to create a text like this, if you had the patience, let go and tied it to you at the same time, you feel invigorated. You are allowed to be happy about that. And you are allowed to argue.

Those are two ways of writing, maybe it’s all of them. How should I know? I know nothing, apart from it being right. And that you’re probably dead when it’ drying up.

You want to participate in a workshop with Hendrik Otremba and other well-known characters, like Algiers, SassyBlack, Colin Newman of Wire and many more? Please click on the banner below before the deadline ends on June 20.